The quality knives from the manufacturer AU Nain are made in a small town of Thiers, belonging to Auvergne, one of French historical provinces which hills and mountains measure from 300 to 800m in height. The province owes its name to the Gallic tribe of Arverne that settled the volcanic slopes of the Massif Central during the times of the Romans. In the 5th century the landscape of the volcanic range Chaîne de Puys and the massif Monts Dore was conquered by the Visigoths. After the Franks had destroyed the settlement, Thiers was rebuilt in the 6th century and grew bigger and bigger with time, its buildings climbing higher and higher up the hill that towers over the river Durolle. The town is situated in the département Puy-de-Dôme and belongs to the natural preserve of Livradois-Forez. Its population measures about 11200 people. 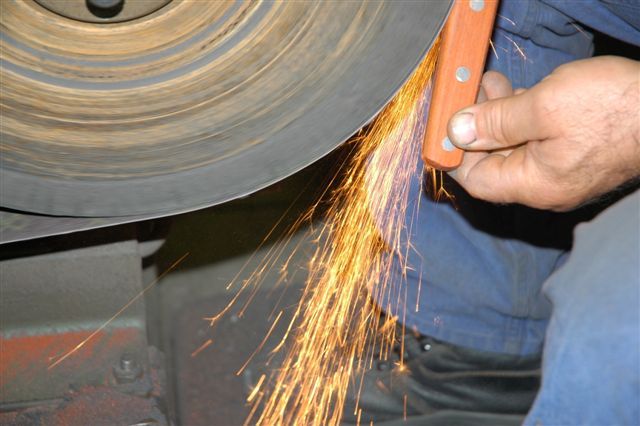 The town blossomed in the late Middle Ages due to its cutlery-making tradition. They say that the Crusaders brought the knowledge and craftsmanship to Auvergne on their way back from Arabia. In the 14th century, the first knives were made in Tiers - the cutlers used the strong currents of Durolle for their work. This profitable industry contributed to the town's growing reputation and wealth. Already in the late Middle Ages, the cutlers' wares were sold as far as northern Italy and Spain. By the end of the 18th century, a whole two thirds of the town's population lived off blacksmithing. Today, about 5000 people work at 300 Coutelliers, the cutlery factories of Thiers. One of the leading manufacturers is Au Nain (pronounced O-nŒn).

This canton belongs to the arrondissement of Thiers, France's capital of knifemakers, similar in its importance to the German town of Solingen, the "City of Blades" and a major production centre for cutlery. The Saint-Rémois, as the ihnabitants of Saint-Rémy-sur-Durolle call themselves, are seen as hospitable people. Many tourists visit the region every year in order to explore the one-of-a-kind landscape on mountain bikes. Among the sights of Thiers is the twelfth-century Romanesque church of Saint-Genés. The town's medieval centre is truly fascinating: "Le Vieux Thiers" features various carefully renovated half-timber houses from the 15th and the 17th centuries.
The "Château er Jardins de la Chassaigne" are also worth a visit: the manor, built in the typical French style, hails from the 15th century together with the surrounding parks. The estate, now classified as a local landmark, is quite a feast for the eyes: aside from a Gothic 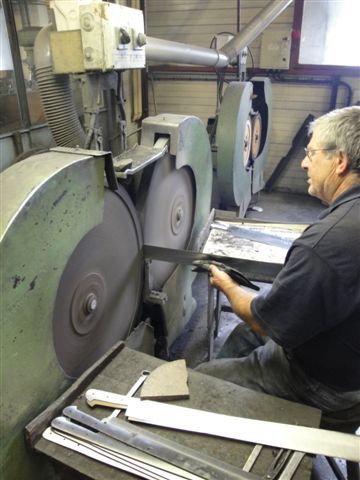 chapel, it features an English and a French garden as well as other exotic gardens, an orangery and a botanical garden with their interesting collections of plants. Holidaymakers can find plenty of opportunities for relaxation in the recreational park "Rives de Thiers" near Dore, the estuarial stream of the river Durolle. Hiking, swimming, cycling, riding, tennis and golf are the activities on offer.

The lucrative art of blacksmithing that is so important to the region is regarded with due appraisal. The "Maison de Coutelliers" houses an exhibition devoted to the craft's development, from its beginnings in Thiers to the present. A replica of a historical smithy is also open to visit. The museum of knife-making ("Musée de la Coutellerie") offers additional information on the manufacturing of cutting tools. A former knife factory in the Valley of Factories ("Vallée des Usines") serves as as museum of contemporary art.

A handcraft with tradition: cutlery making

The profession of cutler that was so widespread in the Middle Ages belongs nowadays on the list of the dying-out braches of skilled crafts and trades. Throughout the ages and many generations it was completely normal for an average Frenchman to have a knife both for work and for lunch break. It was as indispensable for the ritual of "casse-croûte", where friends shared bread, cheese and wine with each other, as it was for activities belonging to farming or winegrowing. A good knife was handed down from generation to generation; knives were often seen as treasured gifts and signs of friendship among men. The knives from Auvergne are inseparable from their region and strongly linked with the French way of life, the "savoir vivre". To this day they are produced with passion completely by hand by the company of Au Nain, which has 130 years of history behind it. 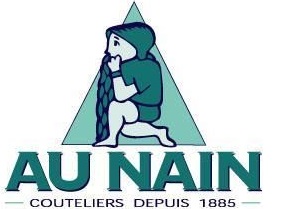 The gnome is the symbol of Au Nain and suggests humorous understatement. When the factory was founded in 1885, one of its competitors, himself a man of small stature, styled himself as "The Giant of Knifemaking". The reply of the company's towering founder was to name his business "Au Nain" (lit. "At gnome's") and to use the gnome as his company logo, which stayed the same till today. Meanwhile, the label Au Nain belongs to the most well-regarded and well-known labels in France and far outside its borders.

Company history in the changing times

The history of the renowned knife smithy has much in common with the long-standing tradition of the handcraft that has had its home in Thiers for more than six centuries. The know-how, known in France as "savoir-faire", comes in equal parts from the quality of machines as well as the professionalism of the persons operating them. The cutlers of Au Nain also produce industrial blades with the same passion, and make new ranges for pros and normal customers alike.

But the qualities of water (which comes from the Monts du Forez) and the vigour of the locals alone are not enough to explain the reasons behind the industry's boom in Thiers. The locals used wood from the "Bois Noir" for their forges and have tamed the wild energy of Durolle. That's how one of the first of the widely-known blades was forged in "Le Creux de l'Enfer" ("Hell's Hollow").
Jean-Paul Duroux, the CEO of Au Nain, says: "It was actually my grandfather Gaston Saint-Joanis who industrialised the family business. He aligned our production with that of the professional smithys and adjusted to the demands of his customers." Three generations later Au Nain has conquered nearly all areas of gastronomy and set the bar for quality and indispensable sturdiness amid the professionals. Chefs, butchers, confectioners, fishmongers and hotel schools alike prize the multiple ranges of knives and cutting tools as well as the advantages of stainless steel in connection with the new attractive materials for the handles. Here, tradition and innovation have a long history together, one that will continue into the future. It is precisely these achievements that have made Au Nain strong and capable of inserting its professional "savoir-faire" into high-quality cutting tools and decorative table culture.

The company manufactures whole ranges of cutting and other various tools as well as complete sets of cutlery. These are sold separately or in representative gift boxes, mostly through specialist shops or in large upper-class stores. Thanks to the consistent quality of its wares, the correct and timely shipments, the stern management, and the substantial customer loyalty, Au Nain has been regarded by specialists as reliable and irreplaceable since 1885.
The collective label of the local smithies' products is called "Esprit de Thiers" - obviously, Au Nain belongs to it as well. The products of workshops sitting on the banks of Durolle have stood the test of time and are becoming more and more well-esteemed in Germany and other countries.
Today there are 20 workers from the family business of Au Nain that work in the undustrial production. about a quarter of its earnings comes from manufacturing of industrial knives for the tyre manufacturer Michelin. A special feature is the meticulous work of jeweller and master smith Henri Lamouroux. The exquisite products with chasing of incomparable beauty and precision belong to the flagships of Au Nain in Thiers, the specialists for steel blades and "knives with character".
How we use cookies and other data