The protohistoric Ice Age belongs to the geological epoch of Holocene and followed the late Bronze Age. Before people in their separate cultural environments managed to extract iron form ore, they encountered meteoric iron, a metal with a nickel content of 5-18 per cent. The earliest discoveries of what the Egyptians called "sky iron" in Mesopotamia are believed to originate from around 3100 BC. There, terrestrial and nickel-free iron was well-known as far back as 3000-2700 BC. The beginnings of iron smelting within the area of modern-day Irak and Central Anatolia date back to around 1300 BC, in Egypt to the 6th century BC. In Europe, the Etruscan tent frames and spearheads count as the earliest findings and date from the 9th and 10th centuries BC. 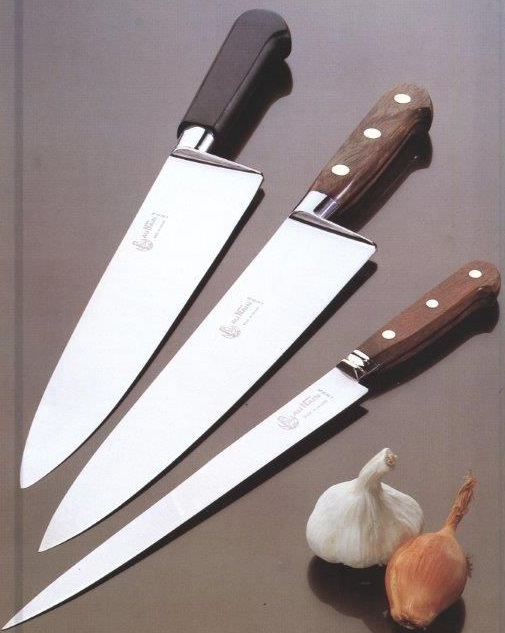 The first high culture to smelt iron on a grand scale is called the La-Tène culture. It began around 500 BC in Central Europe and popularised iron as an excellent material, awakening the alchemists' interest. The alchemists quickly assigned a symbol to it - the sign of Mars, the sign of virility. Bloomeries with smithies attached persisted well into the 17th century. However, they produced something different form liquid pig iron.
Cast iron first appeared in Sweden in the 13th century. The constant embroilment in war between European states speeded up the spread of cast iron usage and cannonball production.
The invention of the steam engine and the switch from charcoal to coke in iron production marked the beginning of the Industrial Revolution. Most ironworks initially produced cast iron as well as wrought iron. Cast iron is an alloy of iron with a high carbon content (a least 2.06 per cent); its name refers to the process of casting liquid iron into a form in a foundry.
The difference between cast iron and steel is that cast iron is not reforgeable due to its high carbon content. Steel, on the other hand, has a significantly higher percentage of carbon and can be forged. This definition has been used since the beginning of the 20th century; the very rarely produced wrought iron is nowadays classified as steel, even though it isn't identical. Nowadays there is a destinction between the element iron, extracted from ore, and steel, consisting largely of iron, with its high-alloy, low-alloy, and stainless types.

An achievement for the modern kitchen

Stainless steel is one of the materials widely used in the production of kitchen utensils. Stainless steel pans and pots can be cleaned in a dishwasher and do not lose their sheen or matte surface. However, stainless steel is not a particularly good heat conductor compared to traditional copper cookware. That is why steel cookware with a multi-layered base is perfect for induction cookers - that is, cookware with its base consisting of multiple layers of various metals, e.g. steel, aluminium, copper, etc. This structure serves to improve heat conductivity and storage. For induction cookers, at least one of the layers has to be magnetisable.
The company de Buyer from the Vosges manufactures copper and stainless steel pans which can conduct and store heat outstandingly. However, the pans of 99 per cent pure iron are suited for all types of cookers while particularly excelling at sautéing. The Alsatian company BAUMALU also produces traditional cookware out of copper, as well as stainless steel and iron pans. Both manufacturers offer the advantages of original copper products with excellent heat conductivity typical only for products consisting of more than 90 per cent pure copper.

High-quality knives are the Alpha and Omega in the kitchen. 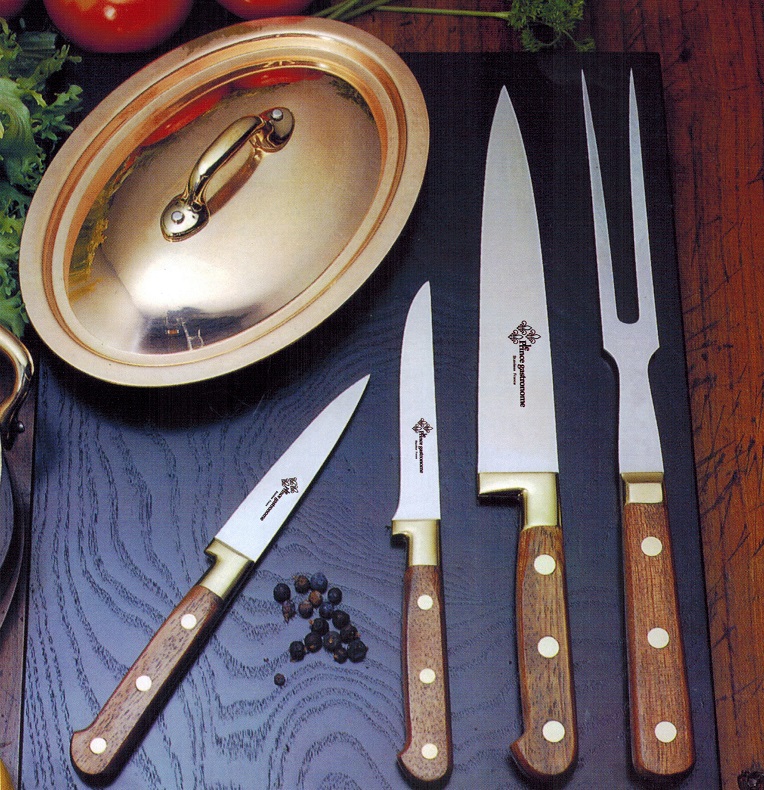 Before they are put into pans and pots, many foodstuffs have to be reduced to smaller pieces and given a certain shape. The top-quality knives such as those from the French manufacturer Au Nain are best suited for that purpose. The renowned company was founded 130 years ago in Thiers, a town with a 600-year-long history of cutlery making, and has on offer anything a professional chef or a cooking aficionado might wish. The sharp blades made out of stainless or carbon steel ensure the best performance from the first day of usage. Carbon steel in particular possesses excellent toughness and cutting stability. It consists of pure iron with a carbon content between 0.5 and 1.4 per cent. This unalloyed or light-alloyed steel type is used by Au Nain to produce their fillet knives and chef knives.
Other premium-quality knives form the forged knife range "Ideal" as well as the exquisite "Prince Gastronome". Their product line also includes first-class steak knives, full cutlery sets as well as "Spezial", a range of various cutting tools such as mincing knives and oyster and fish knives. The highlights of the collection include the farmer's knife as well as the versatile powerhouse "Abbatre" with its 30-cm-long stainless steel blade.
How we use cookies and other data